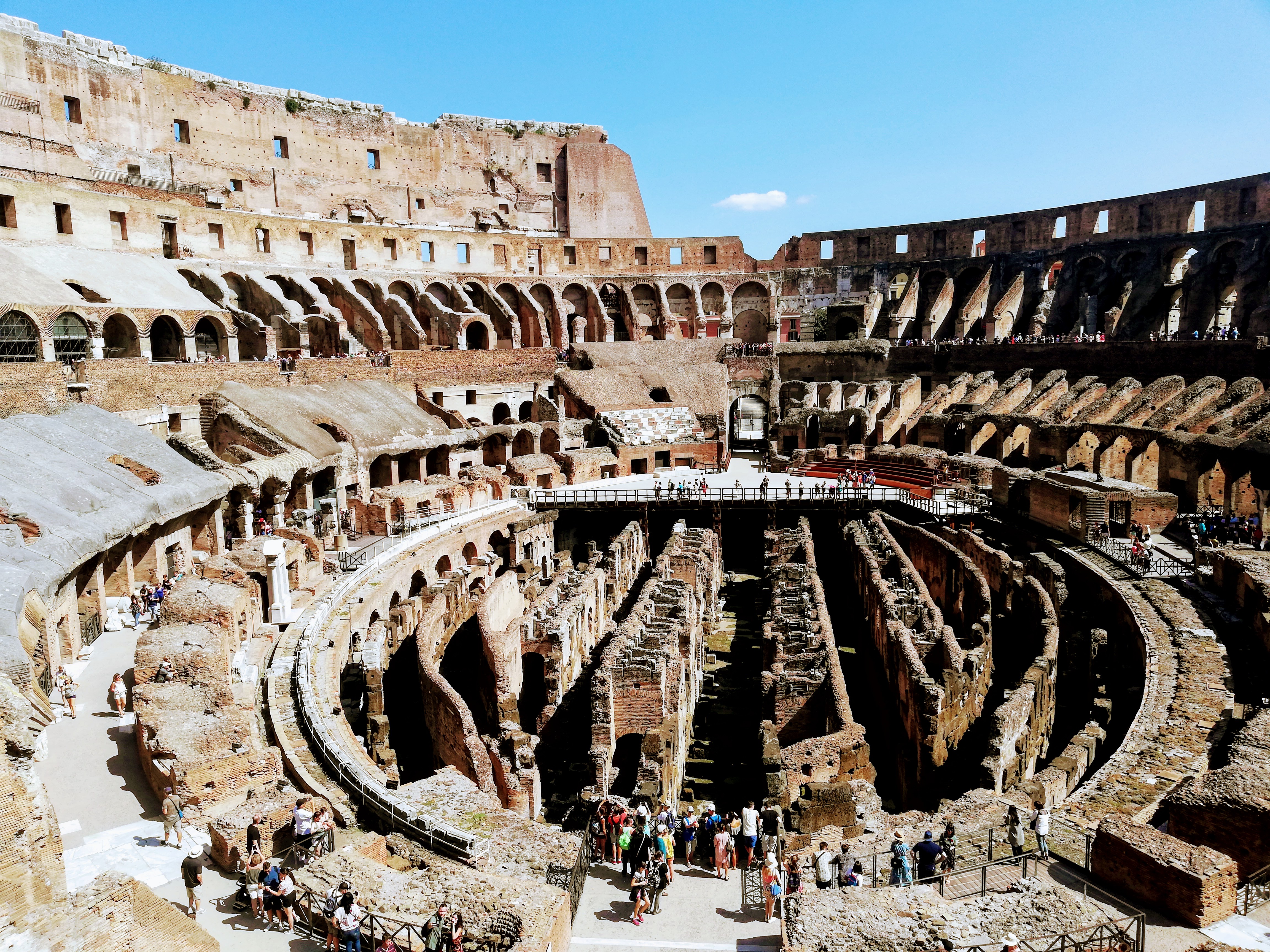 The Colosseum – An impressive Roman Building! 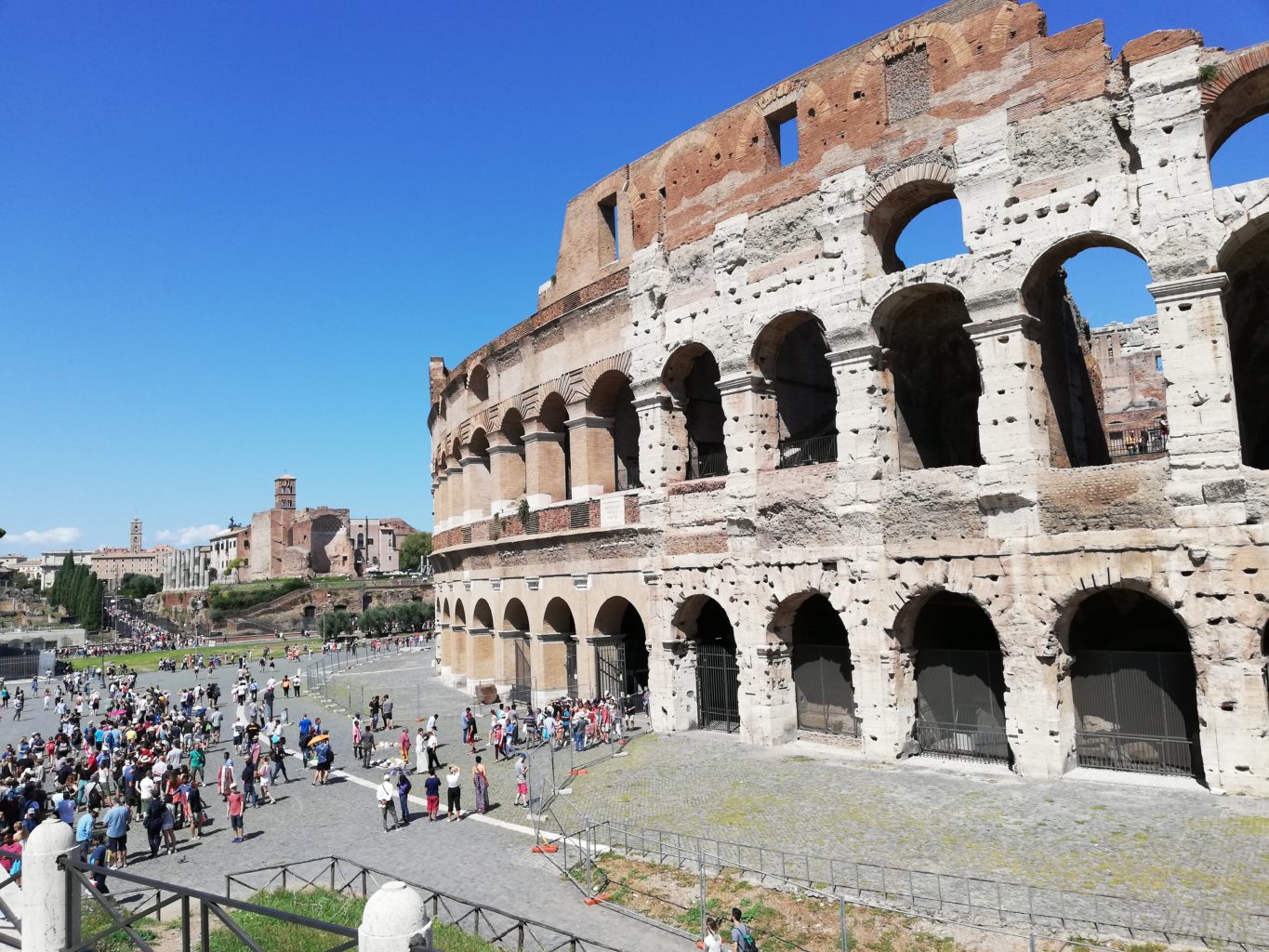 It is located to the east of the Roman Forum. Its construction began between 70 and 72 AP. A.D., under Emperor Vespasian, and ended in 80 under Titus. Further amendments were then made during the reign of Domitian (81-96) 1. The name of the amphitheatre Flavian derives from the surname (people Flavii) of Emperor Vespasian and his sons Titus and Domitian.

This place of distraction which could accommodate between 50 000 and 75 000 spectators, was used for the venationes (fights of wild animals), the munera (fights of gladiators) and other public spectacles such as executions of condemned to death, the Reenactments of famous battles and dramas based on Roman mythology.

The Colosseum was operated for nearly 500 years, with the last games extending to the 6th century. The building was finally abandoned in the High Middle Ages. It was later used for various uses such as dwellings, artisan workshops, the seat of a religious order, a fortress, a quarry and a Christian Catholic sanctuary.

The Colosseum is currently in a state of ruin, due to the damage caused by earthquakes and the recovery of stones. Despite this it still allows us to imagine the measure and the power of imperial Rome.

Today it is one of the symbols of modern Rome, one of the most popular tourist attractions. It retains close ties with the Roman Catholic Church because every Good Friday the Pope leads a procession to the torches on a path of crosses leading to the amphitheatre.

The Colosseum is represented on the Italian coin of 5 cents Euro. 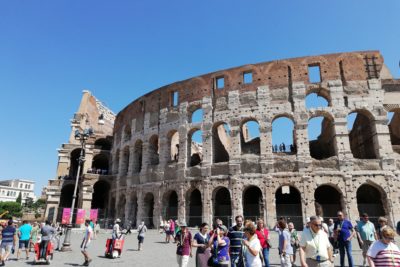 VISIT THE COLOSSEUM WITH VIDEO-GUIDE EXPERIENCE – THE MOST IMPRESSIVE BUILDING CREATED DURING THE ROMAN EMPIRE! The Colosseum: If you

What was the Colosseum used for?

The Colosseum was used to host gladiator fights and to organize other very varied games. In the morning were the presentations of all the participants to the public (the Pompa Gladiatoria) and then took place a very popular spectacle: The Hunting of wild animals or “venatio” which appealed to a great diversity of wild beasts mainly Imported from Africa: Rhinoceros, hippo, elephant, giraffe, lion, panther, crocodile, wildebeest and ostrich.

These festivals sometimes took on an exceptional scale: it is reported that Trajan, in 107, celebrated his victories over the Dacians by games involving 11 000 animals and 10 000 gladiators, for 123 days. 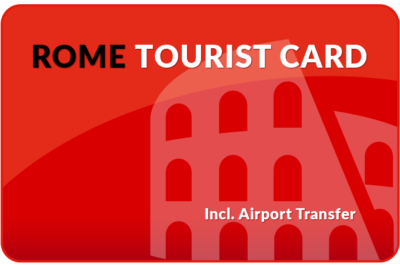 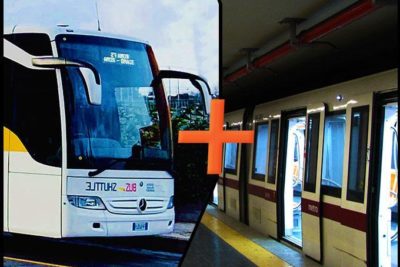 Nowadays, the Colosseum is a major tourist attraction in Rome, with millions of tourists who pay their ticket every year to visit the indoor arena. In 2001, a museum dedicated to Eros was opened on the upper floor of the building. Part of the floor of the arena was reconstituted in the same year. The Colosseum has also been a site of Catholic ceremonies since the twentieth century. For example, Pope John Paul inaugurated a new form of processions of the way of the cross which takes place every Good Friday.

Variations in temperature and humidity, earthquakes, waterspouts of water, urban pollution gnawing on stone, overcrowding… The Colosseum is a sick giant. Each year, 500 000 euros are allocated by the Italian state to renovate the most urgent parts. But this is not enough for more ambitious work. With nearly 5 million visitors per year (making it the most visited monument in Italy) and only 35% of the monument accessible to the public in 2010, the Colosseum continues its restorations to avoid congestion.

In 2010, he opened a part of the Hypogeum to guided tours.. Faced with the reduction of the budget of the Ministry of Cultural Goods, the site had to turn to private sponsorship to close the budget.

In 2011, an agreement signed with Diego Della Valle, the CEO of the brand of footwear Tod, allows the group to avail themselves “the sponsor of the Colosseum” by fully financing the work (cleaning of the stone blackened by pollution, clogging of cracks and breaches, Replacement of metal barriers sealing The arches of the ground floor, restoration of the hypogeum, establishment of a new illumination system and construction of a tourist service centre), or 25 million euros, of which a third can be Tax deducted.

In exchange, the association “Amici del Colosseo” created by the sponsor benefits from the exclusive right to use the image of the monument for its advertisements.

The Colosseum remained open to the public during this work between 2013 and 2016, with scaffolds covering only one third of the monument at a time. The number of visitors to the Colosseum has risen in about ten years from 1 million a year to about six million in 2013, among others thanks to the success of the film Gladiator by Ridley Scott in 2000.